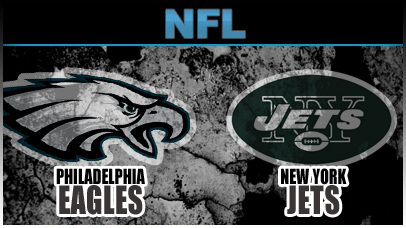 Preseason Finale between the New York Jets & the Philadelphia Eagles

With preseason football coming to a close, NFL teams have their eyes set on the regular season in a mere week and a half. In this final match-up for the New York Jets, the storyline will be of the back-up quarterback swap earlier in the off-season. Of course weâ€™re talking about the Mark Sanchez to Philly & Michael Vick to New York scenario. Though this headline is nothing more than fluff for an otherwise meaningless contest. Vickâ€™s & Sanchezâ€™s appearances in the contest will be short-lived as the real quarterback battle will be between Matt Simms & Tajh Boyd. Though Simms has just about wrapped up the battle for the 3rd roster spot as heâ€™s impressed all off-season. To be frank… Boyd has looked awful in training camp, but he still has all the tools; so he is a likely practice-squad player to develop for the future. But this is the final chance for all those ‘roster-bubbleâ€™ players on each teams rosters to make their case for the final 53.

Noted in the last article, one player who is on the proverbial roster bubble for the New York Jets is wide receiver, Stephen Hill:

Stephen Hill will look to impress in the preseason finale Thursday Night to ensure a roster spot.

Iâ€™ll admit Iâ€™ve beaten up on Stephen Hill all off-season, deservedly so. The former 2nd round pick has failed to live up to the hype that he had built up as a combine workout warrior at the Scouting Combine. Now appears to be his final chance to make the squad, the latest reports out of the rumor mill have revealed that the New York Jets have been desperately seeking a trade to unload the young receiver all off-season. According to Rex Ryan, this is news to him. “This is the first Iâ€™ve heard of it though, with you guys bringing it up”, regardless of the possible trade rumors. Facts are facts he is on the roster bubble for this squad. My prediction was that he will make the squad more so on potential, pedigree, and that raw-ability. But to ensure he isnâ€™t a roster-casualty he needs to impress this Thursday night, specifically catching the football.

With the final roster cuts looming, expect the backups to be battling hard out there for both teams. Specifically what positions will the Jets look to keep for that final 53. Well letâ€™s break it down. The Jets will keep 3 quarterbacks max which locks in: Geno, Vick, & Simms, Boyd will be odd man out for active roster. The running back situation is great having the likes of: CJ2K, Ivory, and Powell in that rotational role. Who else will make the cut? Claimed off of waivers earlier this off-season Daryl Richardson has looked good in spurts and he could be worth keeping along with veteran back Alex Green who did spot-duty last season for the team. Iâ€™d say Richardson probably makes the team as their 4th back as more of an insurance policy letting Alex Green go. The first positional battle to be decided was Tommy Bohanon winning the starting fullback job for the 2nd season in a row. Heâ€™s looked impressive thus far & decisive with his blocking. Look for a lot more passes to the running-backs this season, with Martyâ€™s creative offensive approaches I could see Bohanon playing a key role in that department. Moving on to the much-improved receiver position: to round out the top 3 that are locked in would be, Decker, Kerley, & Nelson respectively. The final 3 spots will be up for grabs: Gates & Salas have really impressed look for them to lock up those 2 spots, and rookie Jalen Saunders hasnâ€™t had a lot of time to make a name for himself due to injury and medical. He should get a majority of the playing time on Thursday. The extra spot should go to Salim Hakim as the Jets primary return man, Rex has already stated he has a leg-up on the rest to make the final 53. The tight end position has a lot of potential for the upcoming season, we have Jeff Cumblerland returning after re-signing a 3-year deal. But this may be a tight-end by committee with rookie Jace Amaro looking the part & ex-patriot Zach Sudfeld standing in at 6â€™7 they have a very intriguing group for the upcoming season it will be very interesting to see what comes of this group in the fall. But back to the pre-season contest for Thursday night, some of the key matchups and X-factors of the game will be: How the New York Jets secondary holds up against a potent Eagles offense. Yes all the starters wonâ€™t be in for either side. But the Jets backup corners will have to play significant time in larger roles this season so this will be a good test. 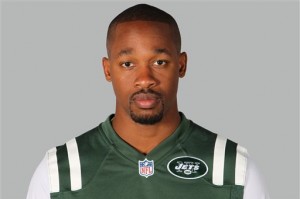 The Dimitri Patterson situation has finally been addressed, but what does it mean for his future with the team?

Speaking of the secondary, the Dimitri Patterson situation has finally been addressed. He will be suspended for the rest of the preseason and will be set to return Monday. The situation still isnâ€™t clear on exactly what happened. But either way the Jets know that they need Patterson back on the field, they canâ€™t stand to lose another corner at this current juncture. With that being said, Rex is hopeful that D-Milliner will be set and ready to go for the season opener. I would tend to believe that is an extremely optimistic view, and more likely itâ€™ll be Darrin Walls & Dimitri/Antonio Allen mix at our corner spots for Sept. 7th against the Oakland Raiders. In conclusion,the fourth and final preseason game doesnâ€™t matter other than for the players competing for reserve spots on the 53-man roster. Rex will just be happy to see his players compete, and come away injury free.