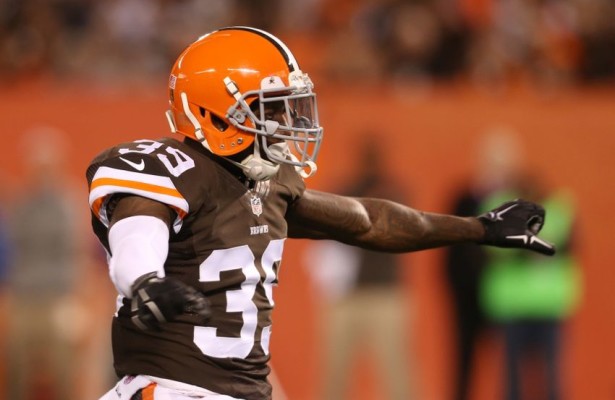 Pro Bowl safety Tashaun Gipson is back in the fold and will be playing another season for the Cleveland Browns.

Gipson became a restricted free agent in March and wanted a long-term deal but none was reached. The Browns placed a second-round tender on Gipsons’ worth of $2.36 million instead of the first-round tender of $3.35 million.

Gipson is a true blue-collar player who wants what he deserves he should be paid for. He worked his way from an undrafted player to going to the Pro Bowl. He became a full-time starter in 2013 and managed to intercept five passes. During the 2014 season he had six interceptions and returned one for a touchdown but his season was cut short due to a sprained knee.

Gipson skipped the voluntary off-season program and signed his second-round tender Friday. He will attend the mandatory mini camp next week. Gipson’s return locks him in with the Browns at $2.36 million in 2015. Cleveland could have cut his salary to $627,000 if he wouldn’t have signed the tender by Monday.

He will become an unrestricted free agent after the 2015-16 season.