The Curious Case That is Rajon Rondo 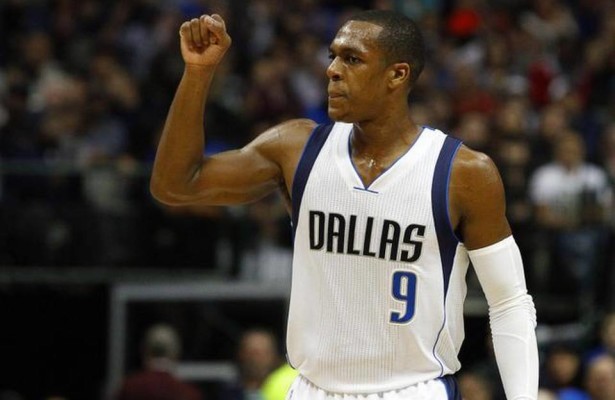 I knew it, I just knew that the trade from Boston to Dallas would give the Mavericks everything they needed to contend for another Championship but it all depended on Rondo’s mentality. After Game

1 of the playoff matchup between the Rockets and Mavericks where he played 28 minutes and posted 15 points and 5 assist I figured, OK one bad game

to start the series but he is a playoff tested veteran who will shake it off and come back strong in Game 2.

Well game 2 was worse as he played in only 10 minutes as coach Carlisle gave his minutes to Raymond Felton and JJ Barea. This is where I get confused when it comes to Rondo and his talent. This is the Houston Rockets who have no true PG on the floor besides ball-hogging James Harden. At times, 50-year old Jason Terry is guarding Rondo but yet he still won’t attack the rim. When he was with Boston this was his bread and butter. The whole league knows that he cannot shoot from the perimeter but the other intangibles he brings to the court can easily offset that issue. Maybe he misses Boston’s Big Three but if pays close attention he still has that in Dallas. He has Dirk who can still knock down the open perimeter shot and still do a little magic in the post. What about his back-court mate in Monta Ellis who loves to run the floor and get in open space? The injury to Chandler Parsons is a setback but not to the level that Rondo is playing. Something is not right in that guy’s head.

. If their season is over what steps are taking next? I for one never believed that Rondo wanted to be in Dallas. I always thought that Los Angeles was his choice of destination as he and Kobe have seemed to strike up some sort of weird friendship over the years. If that is the case then that would explain why his heart never seemed to be in Dallas in the first place. While in Boston this season he had three triple doubles and since coming to Dallas he has none. That says it all right there.

Rondo is still one of the best PG’s in the NBA but he must find a balance between his game on the court and the ones that go on in his head if he wishes to continue to have a career in the NBA. The league will black-ball you quick and Rondo is getting to a point where someone is getting ready to pencil his name in. He has clashed with three future Hall of Famers in Garnett, Allen and Pierce, clashed with Danny Ainge and Doc Rivers and now has caused issues with another respected coach in Rick Carlisle.First rule of thumb in the NBA is to not piss of owner Mark Cuban and Rondo did just that. He was inline for a huge payday

this off-season and there still might be a team or two that is willing to overpay him but be careful what you are paying for. He is no longer the triple-double phenom he was when the Celtics were in the midst of their title runs, yet he is now the troubled guard who dislike authority figures and teammates that are REAL players. His fall from grace has been swift but we will be naive to say that we didn’t see this coming.

I know the Lakers are desperate to find a Kobe replacement but is this what you really want in LA Kobe?