How The Miami Dolphins Can Win the AFC East 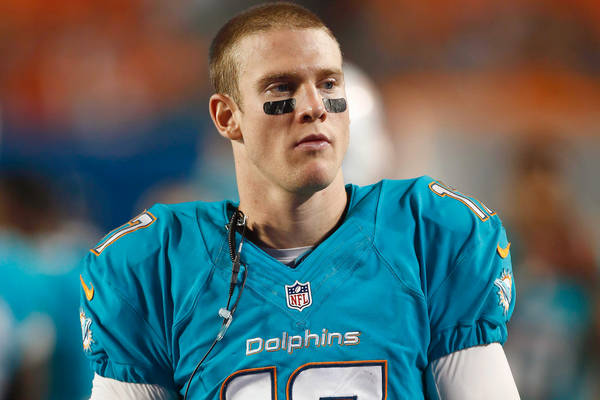 The smell of football is in the air. It seems like yesterday we were watching one of the dumbest play calls in Super Bowl- no sports history and now we are right back at OTA’s.

The 2015-15 season didn’t go as planned for the Miami Dolphins as they fell short of their goal to reach the playoffs but this is a new season with new optimism.

The Dolphins finished the season 8-8 like they have pretty much since Joe Philbin took over as head coach in 2012. But if he wants to keep his job this is the year for them to make their move. The Dolphins for all of shortcomings have something going for them that the rest of the division doesn’t- chemistry. Yes you can lose and have chemistry, just some things don’t go your way the course of a season. A dropped pass here, a crucial fumble ot miss tackle here but the Dolphins core has been together for a few seasons and have a pretty good feel of one anther unlike the rest of the division.

The New England Patriots have roster turnover every season so they are used to it but this seems a bit different from past years. Tom Brady will and should miss 4 games due to his cheating ass ways and the defense and ground game will have a few new faces in the lineup. if missing Brady and new faces are not enough they have to deal with the upgrading every other team made this off-season.

The Buffalo Bills traded for LeSean McCoy with makes them one of the best running teams in the league but they still have a major hole at QB. The defense is still one of the bet but unless they can find a reliable pay caller they will be in trouble.

The New York Jets made move after move but still missed out on a quality starter at QB as well. Their defense will be top of the line but they will be dealing with a new head coach and his different philosophies.

Those examples are what I mean when I speak of chemistry. Laugh at Ryan Tannehill all you want but for the grief he takes he still put up 4,000+ yards, 27 (TD) and had a completion percentage of 66%. Please inform me how the laughter even began. Lamar Miller might not be a household name and the Dolphins don’t need him to be either. What the need from him is another productive season. Last year he ran for 1,000+ with 8 (TD)  on only 216 carries. His best contribution was his 5.1 yard per carry. He does what he is supposed to do for the offense and that is to move the chains. The receiving core just did a swap. Out is Mike Wallace and in is the electrifying DeVante Parker. Wallace wasn’t a bust in Miami he just wasn’t good enough to get them and Tannehill over the top into the elite conversation. But this rookie here- man Tannehill might have hit the jackpot. Greg Jennings, Kenny Stills, Landry and Jordan Tannehill will have plenty of targets this season.

The Defense- oh the defense will be scary. This is where the division crown will come down to. If Suh can be his dominate self then the Dolphins have a chance to be special. Last season it never fell in place as they gave up an average of 121 yards per game on the ground. Now with the McCoy in the division they cannot afford to do so plus the Jets have revamped their ground attack as well. Their pass rush produced just 39 sacks but they led the NFL with 3 safeties. Suh is that important, he can single-handily change the fortunes of the Dolphins. The secondary is their strength and with 2 of the teams still without a solid starting QB- it looks pretty good for the Fins.

Their schedule should have them in contention as they face 4 team that made the playoffs last season. Now the Eagles, Jets, Bills  and Texans are all either improved or just missed the post season but once again it will come down to trusting the man beside or behind you-chemistry. The first half of the season I can see the Dolphins finishing out with a 5-5 or 6-2 record depending on a few breaks here and there but the talent is there. The second half is where it gets interesting. The offense will have the time to learn and get comfortable with each other as they will have to face a few teams that will love to shoot-it-out. If Tannehill can stay poised and Miller can continue to move the chains the Dolphins will be sitting atop the AFC East when the dust settles.