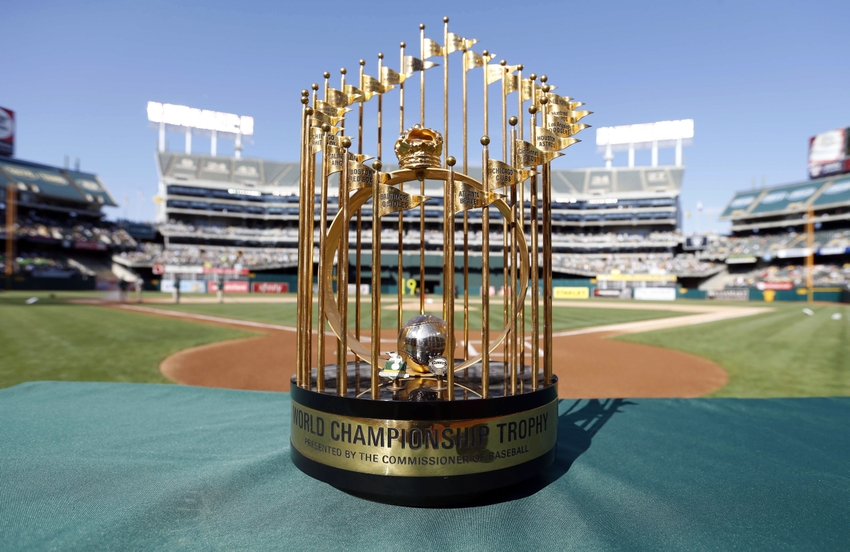 Baseball season is winding down, and we’re starting to get an idea of who’s in, and who’s out of the playoffs. There are still ball games to be played, and some teams haven’t lost hope. Even though some teams are still fighting for a playoff shot, their hope is, for lack of a better term, pointless. These are our pretenders. They play ball like they have a chance, they have locker room speeches like they have a chance, and they give interviews like they have a chance. But they don’t. Some teams are fighting for a true cause. These teams are on the cusp of the playoffs, on the verge of a Wild Card spot. These are our contenders. These teams have a legitimate chance at a post-season run. Let’s breakdown some of these teams. (Disclaimer: The opinions in this article do not represent the opinions of truluvsports.com. But who are we kidding? Everyone knows who’s in and who’s out.) 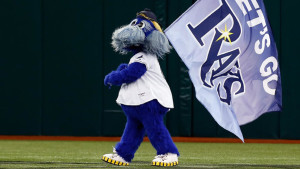 1. Tampa Bay Rays: The Rays are the biggest pretenders of the year. Technically, they have a chance. They currently sit 3.5 games back from the Wild Card contention, but their play is getting sloppier. The bane of the Rays existence is Brad “Box” Boxberger. Box has 31 saves on the year, sixth most in the AL. Lately, Box has been ridiculously frustrating to watch. He’s slipping on the mound. His WHIP has risen to 1.42, meaning he allows almost one-and-a-half runners on base per inning. Overall, the Rays (and the Rays fan) think they still have hope this year. They’re currently in a series against the Royals, one of the best teams in the AL, and they have lost the first game. With two more series against the Yankees and two more against Toronto, the Rays are looking at a downhill fall. 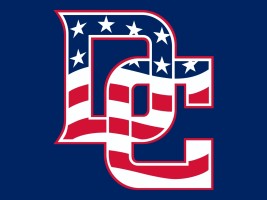 2. Washington Nationals: The Nats are barely above .500 this year, and that’s about to change, as they’re losing a series against one of the worst teams in all of baseball, Miami. They sit 9.0 games back, and it doesn’t look like they’re going to be doing any moving up. The NL is tough this year, and it appears that the playoff teams are set. But there is still about a month left of ball, and the Nats are hoping for a run of bad luck from Cubs and Giants, to help push them up in the playoff race. With the Cards and the Mets still left on the schedule to play, it’s not going to get any better for Washington. But hey, if they don’t have hope, what do they have left? It certainly isn’t hitting ability, as they’re one of the bottom teams in BA this year (.249), and have only struck out less than two teams in the NL. 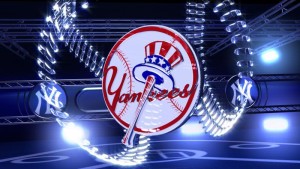 3. New York Yankees: That’s right, I said it. The Yanks are pretenders. Everyone put down the pitchforks and torches. Before you call me an idiot and stop reading, hear me out. They just lost a series to Cleveland. Cleveland is garbage. They proved that they couldn’t hang with the big boys when they lost their series to Houston a few days ago. With Toronto on the schedule twice, as well as the Mets, the Yankees have a tough schedule ahead. They fell from their “rightful” place atop the AL leaderboard, allowing the up-and-coming Blue Jays to take the lead. The Yankees have bad stretches of losing streaks, and struggle against the struggling teams. I don’t see the Yankees winning, or even going to, the World Series. While they will probably make the playoffs, as a Wild Card ticket holder, they won’t get far. CC Sabathia might not play the rest of the year, Mark Teixeira is still on the DL and not really getting support from his GM, and A-Rod has some personal family issues that might distract him on the field. The Yankees best are going through their worst. I think that means this team is just taking up a spot better served for a contender. 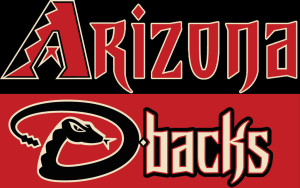 4. Arizona Diamondbacks: The Dbacks are the saddest pretender on the list. Arizona is only the third team out of the NL Wild Card chase. Doesn’t sound too bad, right? Well, at 10.5 games back, they’re kind of done this year. They’re not as bad off as Colorado, but the rest of the year isn’t going to be pleasant. The Cubs, Giants, Dodgers, and the Astros remain to play. This isn’t going to be pretty for Arizona. They’re in that awkward position of still kind of being in the playoff hunt, but no one is really considering them to go anywhere. The only reason we still mention them is, well, everyone else is either way worse or pretty much already going to the playoffs. The Arizona Diamondbacks are officially in baseball limbo. And that truly stinks for Dbacks fans. 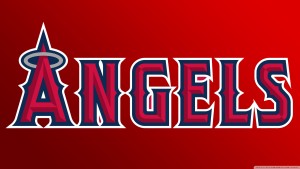 5. Los Angeles Angels: The Angels are back-and-forth this year. They move into a Wild Card spot, then they fall. They’re probably the best pretender, but that’s being the best of the worst; either way, you’re still on the “worst” list. Their pitching is average, too below average. They’re in the middle of the pack when it comes to pitching. Tenth in strike-outs, eighth in earned runs, and eighth in innings pitched. They aren’t excelling, but they aren’t suffering completely. The Angels are fielding somewhat of an older team. Five main players are over thirty. This shows from their performance in the batters box. They’re getting the fewest at-bats of any AL team, and when they are at-bat, they’re at almost the bottom in hits, runs, average, on-base percent, slugging percent, and OPS. Basically, they are one of the worst hitting teams in the AL. The Angels time in the spotlight is over, despite what they and their fans may think. 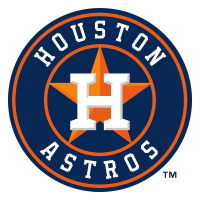 1. Houston Astros: The Astros are on fire. Power and speed are definitely something Houston excels in. They are slamming the second most homers, and stealing the most bases, in the American League. But what’s most impressive about the Astros? Two words. Miraculous pitching. Dallas Keuchel and Collin McHugh are leading what’s possibly the best rotation the AL has ever seen. Houston has the third most pitcher wins, the best ERA, and have given up the least amount of hits, runs, and homers. Their pitchers have the second most innings pitched. This means their starters are getting the job done, and going further in the game than almost every other team. They are most certainly contending for an extended baseball season. 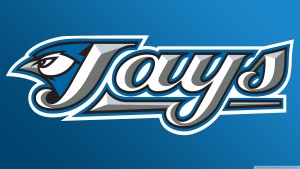 2. Toronto Blue Jays: Wow. The Blue Jays have blown past the Yankees and have become one of the most talked about teams in the AL. They’ve taken the most pitches to the yard, have the most runs, and are at the top of the league in the slash line (BA, OBP, SLG). Bats aren’t the only thing that will get a team to the World Series. And if the Blue Jays want to win it all they’ve got to get better on the mound. R.A. Dickey, at 40 years old, is leading a rotation of pitchers that are, let’s say, advanced in age. If Toronto is going to start the older guys, the older guys have to perform well. They’re varely in the upper half of the league in hits given up, runs allowed, home runs allowed, and one of the bottom in getting strike outs. Toronto has to step up their hill work if they plan to make a run at the World Series. If anyone can do it, Toronto has proven that they can certainly play above expectations.

3. Los Angeles Dodgers: The other LA team is representing their league a lot better than their AL counterpart. The Dodgers have the most home runs in the NL and are getting on base the most. They have a good chunk of hitters close to batting .300. And even though he’s been in a bit of a rough patch, rookie Joc Pederson has made his name known as a NL Rookie of the Year contender. At 23 years old, he has 23 home runs, and a very impressive .356 OBP. He may have hit the dreaded “rookie wall”, but I think he can recover. If he does, he could win the ROTY award, and lead the Dodgers deep into the post-season. Clayton Kershaw and Zack Greinke have impressed many this season. The Dodgers are top-tier in runs allowed, home runs allowed, and have the fewest hits allowed. Those two future hall-of-fame pitchers, combined with some solid batting skills, are a recipe for success in Los Angeles. 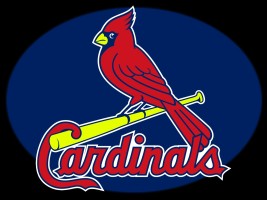 4. St. Louis Cardinals: The Cards are my NL pick to go to the World Series. They are the best contender the NL has to offer. They are truly kings of the hill. Their pitching staff has the most wins, the best era, the most successful saves, the fewest runs allowed, and the fewest homers given up. John Lackey and Michael Wacha have two of the best arms in the National League. The Cards are riding those two all the way to the show. And they can definitely do it. The Cards only lack in batting. They aren’t terrible, but they could be better. The thing about St. Louis is what they look like when they play. They look like a team with trust in each other, chemistry on the field, and desire in their hearts. 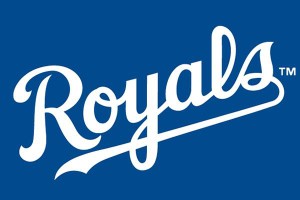 5. Kansas City Royals: The Royals are my AL pick to go to the World Series. They also happen to be my pick to win it all. Kansas City has the best record in all of baseball. They are truly a dominating force. They are getting the job done, and showing what a true contender should look like. Their batters are striking out the least, and they’re getting the third most hits. They have the second highest batting average in the AL. From the mound, the Royals are top five in wins, ERA, and least runs and homers given up. They also have the most saves in the AL. Their closer, Greg Holland is performing phenomenally. He only has four blown saves all year. At 28 years old, he has plenty of time left. Just like the Cards, the Royals play with heart. Their passion is inspiring. When they take the field, spectators are in for a show. With a couple of should-be-easy series against the White Sox and the Tigers coming up, the Royals should be on pace to build up a winning high, and hopefully ride it all the way to a World Series victory.

If you want to talk about the playoff race, the MLB, or if you have something you want to hear about in the next article, you can reach out to Blake: