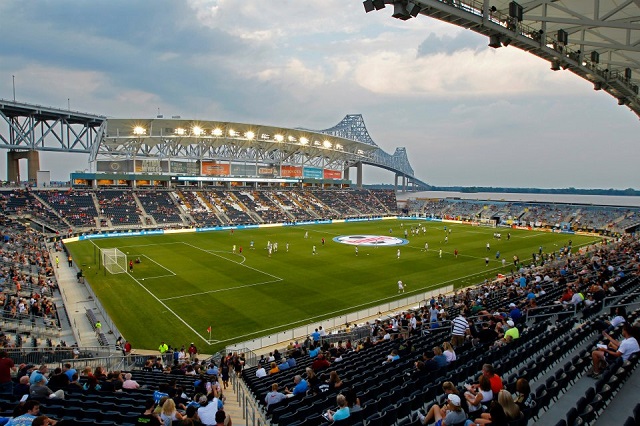 The United States has always been an anomaly in the sporting world for its inherent discontent for soccer. There is no real reason to its falling out of the American psyche, but there is one thing for certain, it seems to be gripping the nation by storm!

Not long ago the lore of American soccer hardly crawled past the afterglow of the most recent World Cup for maybe a month or two, at best. Most people hardly understood it, or even attempted to do so. The clock counts up, there are no breaks in play and the ball isn’t spotted to the inch; all these facts seemed wildly foreign to the diligent measuring, timekeeping and rule checking of American sports. But slowly and surely, the beautiful game is forcing its way into the mindset and center stage of our sports landscape and culture.

The evidence is apparent in our domestic league, Major League Soccer, and our national teams clout in the world stage. Up until the nineties our World Cup participation could hardly be seen as a guarantee, rather it would be seen as a miracle if team USA got the chance to grace the same pitch as the likes Germany or England in any international tournament. But now our teams participation in the World Cup is expected, and further more it is becoming more of an expectation to advance in the tournament rather than seeing our participation as an achievement worth noting in itself.

But let’s get back to the MLS. The brain child of FIFA itself, actually somewhat of a bargaining chip, the MLS was conceived as a term in the awarding of the ’94 World Cup to the United States. It is worth noting, however, that the MLS of the mid nineties is a far-cry of the MLS of today. With attendance pushing higher and higher after every season, even overtaking the NBA and NHL in average attendance per game, our domestic league is looking to make a statement to the world; that it means business.

The World Cup in Brazil further proved the growth of our domestic game with 22 players representing the countries while fielding their trade in the MLS. This serves as an all time high for MLS representation in the World Cup. Not to mention that more and more of our top brass continue to leave Europe or opt out of lucrative foreign offers to play here in North America; see Clint Dempsey, Michael Bradley and Omar Gonzales amongst others.
No article about our soccer culture can be complete without noting the massive success stories of such teams as the Seattle Sounders, Portland Timbers and Sporting Kansas City. With the Sounders averaging 44,000+ fans a game last year, often exceeding that on special occasion games, makes them more attended than any baseball team that are not the Dodgers and rivals many clubs in the European top leagues as well. In fact, the MLS as a whole ranks 8th worldwide in fans per game. Not bad for a league that is barley over 20 years old.

Putting attendance aside, it is not hard to miss the growing soccer pride of our nation, be it club or country. From massive marches to the match, which can be seen as a newborn tradition in Seattle and Portland, to the crammed bars and viewing parties of the World Cup one would be hard pressed to deny the love we have for the Beautiful Game.

Furthermore, foreign icons of soccer are becoming more familiar and recognizable to the American people. It is not uncommon to see players like Messi and Ronaldo striking across media and advertisements on TV bringing with them an iconic level of brand recognition for soccer.

No longer are we asking questions when we see that weird foreign game on TV, rather we are joining in and participating in the game from our homes, bars and stadiums. We are going to games, buying merchandise and playing the sport more than ever as the onset of a sporting revolution grips this nation and that revolution begins and ends with soccer.