For the second time this season, we have seen Stan Kroenke on the sidelines of a St. Louis Rams road game in which fans came out in droves representing not only the Rams but the city they haven’t been in for almost 20 years.

Kroenke was seen in Arizona when the St. Louis Rams took on the Arizona Cardinals with signs in the crowd calling for Kroenke to return the team to where they called home for so many years, LA.

Maybe the biggest impact for Silent Stan was in San Diego. Estimated at about a third of the seats in the stadium filled with Rams fans (estimated attendance: 66,000; estimated Rams attendance: 20,000), Stan had to have noticed the cries from fans to move the Rams back. If you watched the game on TV, you certainly noticed the Rams fans in the crowd.

With some fans even having signs that read “Los Angeles Rams” spanning over multiple seats right behind the Rams bench.

Stan Kroenke lives in LA so his attendance could have just been that he was already pretty close to San Diego.

News has been dropping just about every day about what the Rams are going to do, but no questions have been answered. The only thing we know for sure is Stan is meeting with officials from LA and from St. Louis.

The only other thing that we know is that we know nothing about where the Rams will be playing in the next few seasons. A stadium would take around three years to build in LA but the Rams could move there and play in a temporary location until that is finished. The Rams could renovate the Edward Jones Dome and continue playing there for the foreseeable future. Or they could build a new stadium in St. Louis and continue to play in the same city for years to come with a state of the art stadium.

One other thing we know, is that Rams fans have been very adamant about letting Kroenke know where they want the Rams to play. With about a third of the crowd (Maybe more) being Rams fans yesterday, it has to be impossible for Kroenke to ignore. Take just the Rams fans who were at the (away) game this weekend and compare that to the Rams fans that we see on a weekly basis in St. Louis. It is very comparable. If you saw the game between the Denver Broncos and St. Louis Rams at the Edward Jones Dome you saw a whole lot of orange in the crowd. And I’m sure Kroenke saw the same exact thing.

Here are a few of the pictures taken from fans who were at the game yesterday. You tell me what you think: 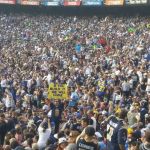 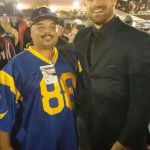 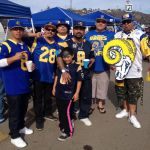 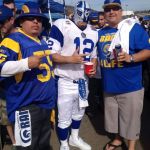 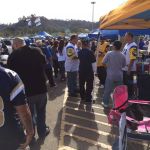 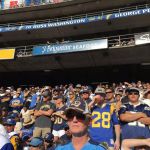 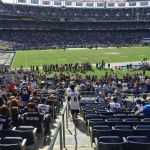 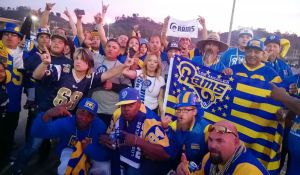 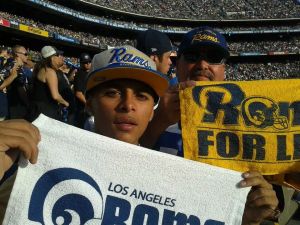 I’m not sure about you, but I think this is a huge statement to the entire NFL. It’s a statement that if the Rams move back to LA, they will be accepted by the fan base. The “Keep the Rams in St. Louis” movement has seen this and has said that their big statement is coming soon. It’s hard to believe that it will be a bigger movement than what happened in San Diego though.

So what does this all mean? Well it means that the LA fans are making their point very strong. For this many fans to takeover an away stadium is not just a big deal, it’s a HUGE deal.

If the Rams stay in St. Louis after Kroenke was able to witness this in person, that means his mind has been made up before Sunday and they weren’t going to move anyways. If the Rams do move to LA then we may never know what the tipping point of the decision was, but it’s very realistic that this could be it.

Fans weren’t just there representing the Rams, this attendance was to prove a point. Yes these are Rams fans who will support their team no matter where they play, but who wouldn’t want their favorite team close to them? If there was a chance Kroenke could move the Rams to Colorado you’d see me being very active in my attempt to prove to Kroenke it would be a good idea.

Here’s a few more pictures from fans at the stadium yesterday: 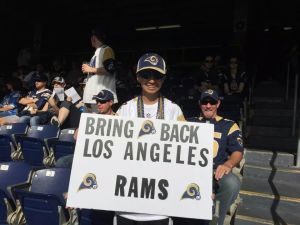 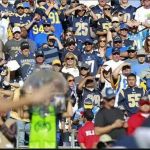 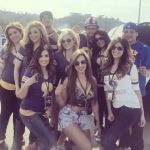 It’s just now getting interesting for Rams fans. With so many questions surrounding the Rams such as: Who will be the Rams QB next year? Who will be calling plays with fans cries of #FireShotty blowing up the internet, and who will be the coaches next year, the question of “Where will the Rams play in the next few seasons?” always seems to be the topic of so many discussions. It is taking priority to Rams fans. Hopefully we get some answers soon.

“Awesome” is a perfect word for that picture. It’s a great shot.