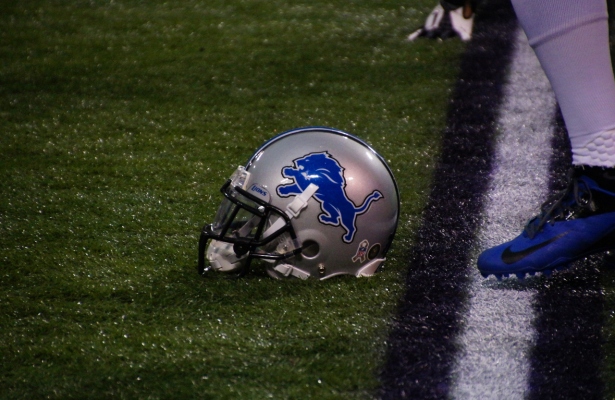 The Minnesota Vikings (6-7) travel to Detroit Lions (9-4) in another NFC Central black and blue battle. Detroit came to Minnesota a few weeks back and put a physical beating on the Vikings winning 17-3.

Announce team: Chris Myers and Ronde Barber with Jennifer Hale on the sidelines

Las Vegas Odds: Detroit by 7.5 One note on the spread and that is the last 14 games for Detroit in December they are 3-11 versus the spread.

A win by Minnesota would be the 70th win over Detroit which would be the most in Vikings history over any opponent.

Teddy Bridgewater’s 87 yard touchdown pass to Jarius Wright in OT to win it was the 2nd longest touchdown pass in OT in NFL history. The first place belongs to the Eagles’ Ron Jaworski to Mike Quick which was 99 yards back on 11/10/85.

Everson Griffen ranks 2nd in the NFC with 12 sacks in his first year as a starter and this should be worthy of a Pro Bowl trip.

Cornerback, Xavier Rodes is tied for 3rd in the NFL with 17 pass break ups including 3 in each of the last 3 games.

The Vikings have 11 interceptions in 13 games after only 6 for all of last season.

Gerald Hodges interception on the first play of the Jets game that went back for a touchdown was Hodges’ first career interception and touchdown. The play took 12 seconds which is a new record for fastest defensive touchdown in team history. It also ties the Vikings record of fastest touchdown by Percy Harvin’s kickoff return of 105 vs Detroit Lions on 9/30/12

Jarius Wright (123) and Charles Johnson (104) were the first two Vikings receiver combo to both have over 100 yards in the same game since Randy Moss and Nate Burleson accomplished back on 12/19/04.

THOUGHTS ON THE GAME

I like the stat of Detroit being 3-11 versus the spread in December. I also know back at TCF Bank Stadium earlier in the year the Lions put a beating on the Vikings. The score was only 17-3 but the Lions defensive line just destroyed the Vikes line. I believe the Vikes O Line will come to fight and not be destroyed again. Detroit has one of the best defensive lines in the NFL so the Vikes had better bring their A game.

Reggie Bush and Calvin Johnson both missed the first game so this will be something to watch. You will not stop Calvin Johnson but I do think the Vikings secondary is playing slightly better especially Xavier Rhodes. If the Vikes can stop the yards after catch by Johnson I feel the Vikes can compete.

The tackling has been not so good so once again I look forward to see the Vikings finally put together a swarming defense and stop the run.

Teddy Bridgewater is playing much better and is finally starting to run a little. The first match he got demolished. The key will be if the Vikes line struggles again we need to see Teddy’s legs in action.

The game is hostile territory but I feel as much as this team has gone through and he seemed to survive I am looking for a big upset in Detroit.

I am calling for a 24-13 Vikes win. I am also predicting Vikes get a big game out of new Vikings running back, Ben Tate.

The Vikes at .500 after this win would be incredible and I also feel although the Vikes have a slim chance for the playoffs I feel Coach Zimmer should get some votes for coach of the year.