Adrian Peterson out of Minnesota? 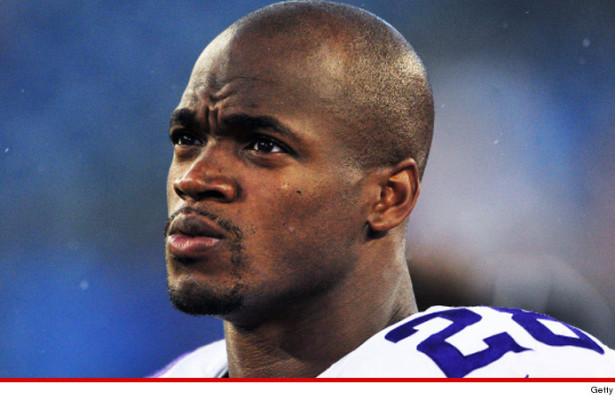 It’s a topic that has been near the top of discussion boards for quite some time.

Will Adrian Peterson be playing football in Minnesota in 2015?

It would appear now more than ever that the Peterson era is over in Minnesota and the Vikings will be parting ways with the running back.

It has now been reported that Adrian Peterson’s agent, Ben Dogra, got into a heated argument with Vikings executives and told them that Peterson will not be playing for them ever again.

These kinds of reports are rare and can easily be skewed by the media, but it does lead us to believe that Peterson has played his last game wearing purple.

If Peterson does officially get traded, it’s not a crazy thought to expect him to play for the Dallas Cowboys in 2015. The Cowboys could use a player like Peterson to replace Murray who they don’t expect to be able to afford. The question is, what will the Cowboys need to give up? Fortunately, Peterson having not played a majority of the 2014 season will drive that price down. I would expect Peterson to be let go for nothing more than a late second pick, but I expect the compensation to be either a 3rd round draft pick or a 4th and a 6th round pick.

If the Cowboys don’t make a move for the running back, another team to keep an eye on will be the Indianapolis Colts.

Look at what this has all become. First it was that we could expect him to continue the 2014 season and now we’re looking at potential new homes for the running back who nearly broke the single season rushing record just a short time ago.