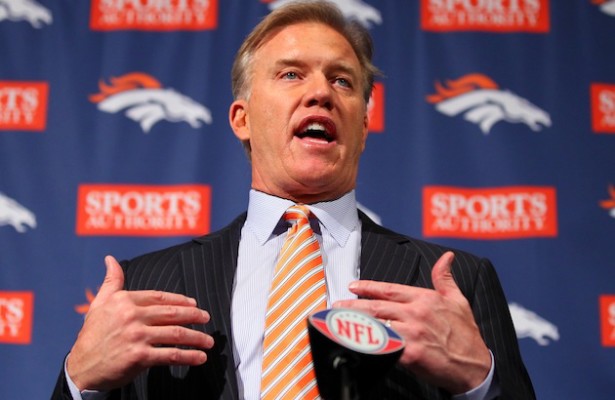 In what some would call a surprising move, the Denver Broncos and Head Coach John Fox mutually parted ways. With this move, there is some solid significance. This move could be the beginning of a rebuilding process that John Elway feels the team is heading for. Truly there is no better time than now for this to happen.

There is nothing wrong with admitting that your franchise in about to go through a rebuilding phase. With an aging veteran QB, a high-priced defense, and several high-priced free agents now may be better than ever to start. John Elway is very savvy at recognizing the needs of a franchise. He also knows that getting younger or deeper in certain areas is going to cost him. The mutual release of his head coach and the allowing of the remaining staff to seek positions elsewhere is just the start.

The Denver Broncos are going to be an estimated $32.2 million under the 2015 salary cap; having to re-sign players like WR Demaryius Thomas (more than likely franchise tagged), TE Julius Thomas, DT Terrance Knighton and others. These players here are just a few of the staples. The Broncos have even more problems when you look at players like S Rahim Moore, LB Brandon Marshall (who led Denver in tackles in 2014), G Orlando Franklin and C Will Montgomery. There is a lot of work to do here with not much cap space. You can surely expect some of these players to playing elsewhere in 2015.

The aging QB is another serious issue facing Denver. The Broncos may need to move on from the Peyton Manning era and into the Brock Osweiler era. There would be no better time to do this than with a new coach. We often see that the new coach to a franchise does not want the incumbent and wants his own guy. I know that when Denver drafted Osweiler in the second round of the 2012 NFL Draft, they did so with the intentions of him being the heir apparent to Manning. Time is now to see what you got Denver.

The Denver Broncos are still a young enough football team that the rebuilding process should not take long. If they bring in the right guy to lead them it may be seamless. They are not more than maybe one or 2 holes filled from being right back at the top. A new face, some new youth in the right spots and the key re-signings of free agents will keep his team around the top for year to come. Don’t be alarmed Denver, you are in good hands with Mr. Elway.