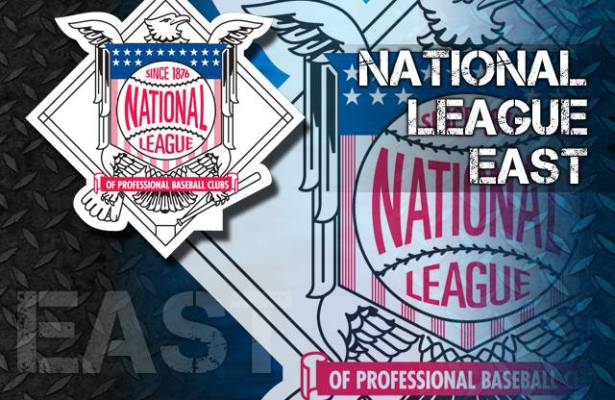 Last year the Washington Nationals ran away with the NL East by a full 17 games. This year other teams in the division are looking to shake things up.

The Braves got things started early in the offseason when they traded away infielder Tommy La Stella to the Chicago Cubs for right-handed pitcher Arodys Vizcaino. Gold Glove outfielder Jason Heyward was next as he was sent to the St. Louis Cardinals for right-handed pitchers Shelby Miller and Tyrell Jenkins. For a moment it looked as though the team would be getting back to what it does so well … pitching. However, another thing to consider is that the team could be retooling after finishing so far behind the Nationals.

The team has a solid core of players that will help them remain competitive, but with a weak farm system the Braves might be thinking more about the future. A couple of players that have been mentioned in trade rumors are Justin Upton and Evan Gattis. Upton will be a free agent after the 2015 season, while Gattis still has four years of team control. B.J. Upton and Chris Johnson have been linked to Justin and Evan in an attempt to rid themselves of some contracts and free up cash.

The Braves have not been extremely active in the free agent market this winter, but they did sign Nick Markakis to a four-year deal worth $44 million. Markakis will look to replace Heyward in right field. The signing of Markakis, along with the signing of Cuban outfielder Dian Toscano, would further show that the Braves are looking to remain competitive while retooling without completely taking apart the team.

Perhaps the biggest news this winter was the Marlins signing Giancarlo Stanton to the largest contract in baseball history. Stanton signed for 13-years, and $325 million. However, Stanton alone is unlikely to turn things around for the Marlins. Knowing this, the team has been busy this offseason making a number of moves that will rocket them up the standings in the NL East.

All-Star second baseman Dee Gordon was acquired in a multi-player trade that sent stud pitching prospect Andrew Heaney to the Los Angeles Dodgers. Later that day Heaney was traded to the Los Angeles Angels of Anaheim for Howie Kendrick. Gordon led the majors in stolen bases (64), triples (12), and infield hits (62). The Marlins as a team only stole 58 bases in 2014, so Gordon definitely adds a dynamic speed element to the lineup.

The Marlins also added a couple of key pieces in Mat Latos and Michael Morse. Latos was acquired in a trade with the Cincinnati Reds on the last day of the Winter Meetings. More recently, Morse signed to a two-year deal, and will likely take over first base duties from Garrett Jones who could be moved later this offseason.

However, the most important addition will be when their ace pitcher Jose Fernandez returns to the rotation. Fernandez missed much of last year after undergoing Tommy John surgery. The Marlins organization is looking to extend Fernandez along with Christian Yelich, Adeiny Hechavarria, and Marcel Ozuna. Whether or not they will be able to extend them all remains to be seen, but the future of the team looks bright.

Overall, the Mets have had yet another disappointing offseason.

The focus for the Mets going into 2015 was always going to be their young pitching. Matt Harvey is the ace of the staff, and will be returning from Tommy John surgery. Jacob deGrom is coming off a season where he won the NL Rookie of the Year Award, and pitchers like Zack Wheeler, Noah Syndergaard, and Raphael Montero are all highly touted young arms. Therefore, it would seem feasible that the Mets would improve a rather lackluster lineup.

Early in the offseason the Mets signed Michael Cuddyer to a two-year deal worth $21 million. Later in the offseason…well…that’s about it. One of the holes the team has been looking to fill is at shortstop. However, the team seems content on starting the season with Wilmer Flores. Korean shortstop Jung-Ho Kang has been posted and the Mets could be a potential landing spot, but team executives said publicly they are unlikely to bid on Kang.

The team has pitching to trade, but only seem willing to offer the likes of Bartolo Colon, Dillon Gee, and Jon Niese. Gee is the most likely to be moved, and has been drawing some interest from teams such as the Colorado Rockies. No deal seems imminent.

The most important move the Mets have made in the outfield has not been in the form of a player, but rather the fences. The team has moved in the outfield fences for the second time since moving to Citi Field.

It seems as though the Mets are only willing to do the bare minimum, and work with what they have. Unfortunately for fans this could mean another long and disappointing season full of false hope. For instance, the Mets finished second in the NL East last season, but it was 17 games behind the first place Nationals.

The Phillies need to be in rebuild mode. Their veteran players are up there in age, and it is time for the fire sale.

Momentum has started with the trade of Jimmy Rollins to the Dodgers, and Antonio Bastardo to the Pittsburgh Pirates. In return for Bastardo the team will receive minor league left-hander Joely Rodriguez. Meanwhile, when the Rollins trade is completed the Phillies will receive right-hander Zach Eflin, and left-hander Tom Windle. It is a step in the right direction, but they still have Cole Hamels, Ryan Howard, Chase Utley, Marlon Byrd, Carlos Ruiz, and Jonathan Papelbon that they would like to move.

Hamels should be the easiest to trade, and the team has been evaluating prospects from teams such as the Red Sox. However, the team is said to be looking for as many as three top prospects in return for Hamels. Also, the Red Sox just added three starting pitchers in Wade Miley, Justin Masterson, and Rick Porcello. The Red Sox could still use a true ace like Hamels, but the asking price may be too high, and Hamels added them to his list of teams he would have to approve a trade to.

Due to their age and contracts players such as Howard, Utley, and Papelbon will be tougher to move. Therefore, the Phillies are not likely to be contenders for at least the next couple of seasons.

It may be unwise to hand the Nationals the division before the winter wraps up or preseason begins, but it would seem unlikely that any team is going to displace them in 2015. As previously mentioned, the Nationals finished a full 17 games ahead of the Mets and Braves.

The biggest obstacle in their way could be from within the team itself. The Nationals have quite a few players that will hit free agency after the 2015 season. Jordan Zimmerman and Ian Desmond have both been talked about in trade rumors, and both have turned down extension offers from the team. Doug Fister, Tyler Clippard, and Denard Span are also set to hit the free agent market after the season.

Adam LaRoche, Ross Detwiler, and Raphael Soriano have been the only key departures from the team thus far, but that’s not to say the team won’t look for value from the other impending free agents. Adam LaRoche signed with the Chicago White Sox for two-years and $25 million, but could be replaced by Ryan Zimmerman who has been bouncing back and forth from the infield and outfield. Detwiler was traded to the Texas Rangers for two minor leaguers, and Soriano is still an unsigned free agent.

The Nationals were also involved in a three-way trade that involved Wil Myers of the Tampa Bay Rays going to the San Diego Padres. In the deal the Nationals will receive shortstop Trea Turner and pitcher Joe Ross. Turner could be a long-term replacement for Ian Desmond.

Each of the teams potential free agents are proven, and should yield a high return for the future if/when they are traded. Therefore, with a core that involves Stephen Strasburg, Anthony Rendon, and Bryce Harper, the Nationals will still be a force in the NL East.