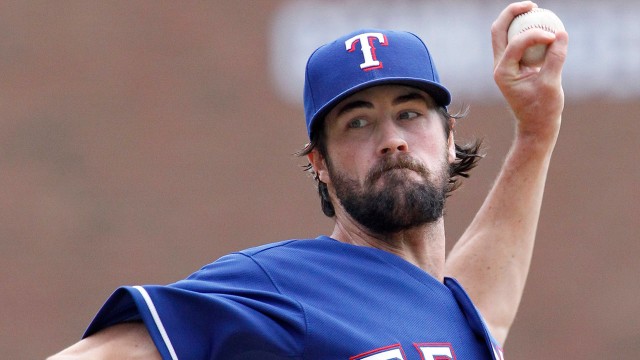 The Major League Baseball regular season is almost over. In the American League, things have been shaken up. The rich and powerful Yankees have fallen off their metaphorical thrown, and now sit amongst the commoners, fighting for a playoff chance. Toronto has proven to be the team to watch for, as they succeed the Yankees. The Angels, who held strong as one of the two top wild card teams, has slipped out of their position

to a terrible losing streak. Tampa Bay can’t decide if they want to play professional baseball, or a game of backyard catch. And then we have the Texas Rangers.

The Texas Rangers have had their struggles, with pitching, injuries, and unproductive players. However, as the later part of the season has come upon us, Texas has shown up to play with the big boys. Coming off a four-game series against Detroit, the Rangers have improved their schedule to 64-59. After winning three straight, and the series overall, Texas now sits as the holder of the second Wild Card ticket

. With the fall of the Yankees, and a Baltimore losing streak of four games, the Rangers have  pushed up from the middle of the pack. They have risen to lead the Wild Card chase by 1.5 games. This by no means guarantees them a spot, and any team could potentially catch up. As long as the Rangers keep doing what their doing, fans can expect to see an extended baseball season in Texas. 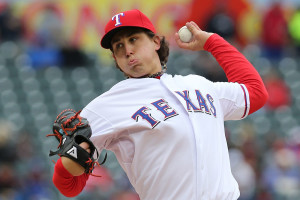 Last week, in a series against the Mariners, Texas pitcher Derrick Holland made his return from the DL  and minor league rehab work

. Holland pitched a solid performance, and looks to continue

his comeback  against the Blue Jays on Tuesday. Holland’s comeback has strengthened the Rangers pitching staff. Now  featuring a rotation of Lewis, Gallardo, Holland, Martinez, and Rodriguez, the Rangers hope to dominate  from the hill. Closer Shawn Tolleson has provided 25 saves for the club, a huge improvement for the team,  considering scouts didn’t expect much from him in regards to save opportunities. The Rangers clearly  aren’t struggling from the mound, but offensive production has certainly assisted

The bats have been booming lately in Texas. The Rangers have scored the fourth most runs in the AL. Newly acquired players Bobby Wilson and Mike Napoli have already proven their worth to the team. Followed

behind the veterans Andrus, Beltre, and Fielder, Texas has fantastic run support to aid their pitching staff. At 22 years old, Delino DeShields has been a wonder to watch. With an OPS of over .700, he’s finding ways to get on base. And once he gets on base, stealing the next one is second nature. He’s been caught trying to steal a few times this season, but successfully completing 21 steals is a fantastic feat for the youngster. Josh Hamilton has found his way back to the DL. That being said, he’s managed to produce enough to compensate for the mere $3M that Texas is paying for him. Hopefully this continues 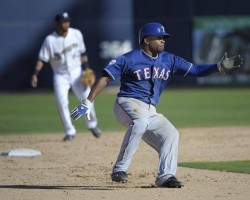 With Toronto coming to town Tuesday, for a three game set, Texas really needs to win

their Wild Card chances. It will most definitely be a challenging series, however Texas can’t afford to allow the Angels or the Twins to sneak past them. Should the Rangersja mie private school girl watch online ep 2 to find their way out on the diamond

, we can expect to see fantastic match

ups, and an increased lead in the Wild Card chase.

If you have any thoughts or questions on the Texas Rangers or the MLB, or have something you’d like to see written about in the future, feel free