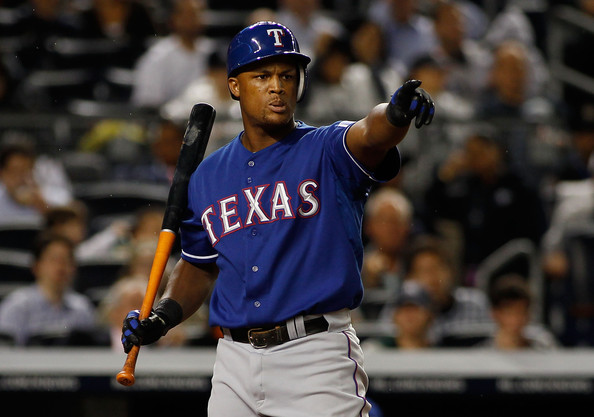 As the end of the regular season nears, Texas is on the hunt for an American League Wild Card spot. With the Rangers wrapping up a three game series with the Mariners, they inch closer to advancing to the post season. Winning the series against Seattle has boosted

the Rangers’ confidence in their abilities, as well as the fans faith that the team can move past the regular season. Here are some of the highlights:

Game 1 ended in a surprising manner, as the Rangers walked off with… well, a walk. Beltre stepped up to the plate, with bases loaded, and exercised

a great deal of patience in his at bat. Seattle reliever Fernando Rodney wasn’t able to make it out of the sticky situation, and the Rangers end up winning 4-3. The victory continued a Texas win streak, extending it to five games. Cole Hamels started the game for the Rangers, going seven innings, allowing seven hits with four walks. Shin-Soo Choo showed off some of his power, catching a line drive in right field and managing to throw all the way to home. His spectacular performance assisted in the out of Logan Morrison, who was trying to take home plate, and give the Mariners a go-ahead run. Beltre had back to back doubles on he first and third, driving in the first pair of runs for Texas. The Rangers take the first game of the series, improving their record to three games over .500, at 60-57.

Seattle starts Hisashi Iwakuma in Game 2, who took the hill fresh from throwing a no-hitter on his last start. He wasn’t successful in repeating the amazing feat, but still managed to keep Texas under control. Texas was held to two runs in seven innings, as they go on to lose 3-2. The loss snapped the Rangers win streak, and Ranger starter Chi Chi Gonzalez didn’t help the situation during his time on the hill. He gave up three runs in the top of the first, coming on a pair of doubles from Kyle Seager and former Ranger, Nelson Cruz. Choo managed to squash the threat of a repeat no-hitter from Iwakuma, getting a single

in the first. Rougned Odor homers in general second, putting Texas on the board. Behind 3-1 in the seventh, catcher Bobby Wilson hit a sac-fly that inched Texas closer, but would be the last score of the game. The loss pushed Texas to 60-58, and tied the series.

The final game was won in fantastic form by the Rangers. Derrick Holland made his first start since suffering an injury in the home opener. After four months on the DL, Holland went 6 1/3, allowing two runs and no walks. When his time on the hill came to a close, he walked to the dugout behind thunderous applause from 20,000+ fans, all excited about his triumphant return. Mariners starter gave up six hits, and left the game with Texas up 3-2. Enter Mariners reliever Joe Beimel. He managed give up whopping back-to-back-to-back homers. That’s only the eighth time in Rangers history that three consecutive long balls made it out of the park. This showing also featured another fantastic defensive play from the Texas outfield, this time coming from DeShields. A line drive single went straight to DeShields out in center. With a runner on second, rounding third and heading for home, Delino threw all the way to Bobby Wilson at the plate. The assist got the runner out, and kept the Rangers on top of the game. Texas dominates, gets the 7-2 win, and secures

Texas wraps up the series improving their record to 61-58, and now sit just 1.5 games back from earning a Wild Card ticket. With Toronto playing great ball as of late, and the Angels on a three game win streak, the Rangers have a tough road ahead. However, after a four game stint in Detroit to battle the Tigers, they move on

to face Toronto in an attempt to knock them out of the Wild Card race. With the return of Derrick Holland, and recent acquisition of Will Venable (OF) from San Diego, the Rangers should be on the right track to extend baseball season for the fans in Texas.

The Rangers face off against the Tigers Thursday night, in Detroit. The four game set starts off with Martin Perez on the hill for Texas, who is 1-0/2.21 in his last three starts, all in which the Rangers have been victorious. The action begins