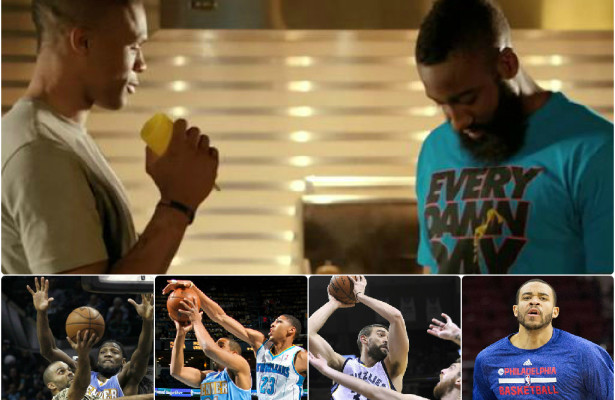 If Mark Cuban’s team is wanting another ring for Dirk Nowitzki and the billionaire owner himself (and, of course, the City of Dallas) then they might want to think of ponying up a little more than a minimum contract for JaVale McGee. Not that McGee is the end-all answer for anyone’s championship aspirations, but a more in-depth look into the rumor mill shows that Monta Ellis may dip his toes in to the waters of free agency come this summer and it looks by all indications that Rajon Rondo will likely be in a Lakers uniform next season, leaving Cuban and the Mavericks (40-24, sixth in the Western Conference) back in the rebuild-on-the-fly mode that they’ve seemingly been in for the better part of a decade. Sure, the Mavs will have more to offer McGee next season, but can he run the point? Championship now … at any cost. If not, Mark, then I’m out. He might help them get past the West-favorite Golden State Warriors, which they couldn’t do last night.
COMING UP
March 8th – Dallas Mavericks @ Los Angeles Lakers   9:30 p.m. EST   NBA TV   Fox Sports Southwest
March 10th – Cleveland Cavaliers @ Dallas Mavericks   8:30 p.m. EST   NBA TV   Fox Sports Southwest
March 13th – Los Angeles Clippers @ Dallas Mavericks   8:30 p.m. EST   NBA TV   Fox Sports Southwest

HARDEN ANSWERS WESTBROOK spy episode 4 korean drama
“Okay, I see you, Russell Westbrook. I know you had four triple-doubles and are pushing hard for the Thunder. But I came here on a mission and that MVP trophy you eyeballed last year when KD won it is mine to lose this year. Keep comin’ brotha … I got an answer right here.” – The ‘not-so-real’ James Harden. The Beard took his game to another level again last night – an MVP level – scoring 38 points, 12 rebounds and 12 assists as the Houston Rockets (42-20, fourth in the Western Conference) got back on the winning track at the expense of the visiting Detroit Pistons, 103-93. It was Harden’s fifth career triple-double of his career and his third this season – all three have been on the home hardwood of the Toyota Center. The only person with more? Former teammate Russell Westbrook. So will the MVP race come down to who has more triple-doubles? The stretch run should be more exciting than March Madness and the Kentucky Derby put together. (NOTE: Since the Rockets are traveling to a city where young J.B. Bickerstaff grew up and went to East High, Bickerstaff needs a shot with the Denver Nuggets – write it down. The bloodline is legendary and is not getting enough respect. Father Bernie Bickerstaff coached the Nuggets 127 games from mid-season 1994-95 to early season 1996-97).
COMING UP
March 7th – Houston Rockets @ Denver Nuggets   9 p.m. EST   Root
March 11th – Houston Rockets @ Portland Trail Blazers   1030 p.m. EST   ESPN   Root
March 12th – Houston Rockets @ Utah Jazz   9 p.m. EST   Root Fresh and full of vigor off a shoulder injury and rehabilitation, Anthony Davis is ready to make his mark on the NBA. In a year that many (including this writer) thought Davis would unseat Kevin Durant as the league’s MVP, the young man has been beset by injury. But he’s making people take notice on his return as he’s now become the young franchise’s leader in blocked shots with 436 in 180 games. “It’s a blessing,” said Davis. “In my third year – being a franchise holder in any stat – is a blessing.” Davis finished last night with three more blocks along with 29 points and 14 rebounds; but Isaiah Thomas and the Boston Celtics came to play. Thomas notched over half of his 27 points in the fourth quarter last night (14) as the C’s walked out of The Big Easy with a 104-98. Thomas has had six 20+ games since being traded by the Phoenix Suns. Boston swept the season series with the win. The Pelicans are now 21-11 at home, with the Grizzlies visiting tonight.
COMING UP
March 7th – Memphis Grizzlies @ New Orleans Pelicans   7 p.m. EST  Fox Sports NOLA
March 9th – New Orleans Pelicans @ Milwaukee Bucks   8 p.m. EST  Fox Sports NOLA
March 10th – New Orleans Pelicans @ Brooklyn Nets   730 p.m. EST  Fox Sports NOLA

Age ain’t nothin’ but a number when it comes to the San Antonio Spurs … unless that number is 7/1. While head coach Gregg Popovich says he’s out if the team has to play into July, it may just be sound bites. Pop is too competitive and it would just lead to him resting his starters more throughout the regular season. There was little rest last night, however, as the Denver Nuggets came to town and Tony Parker – who earlier in the week hinted that he may have forgotten how to play basketball – recovered from his bout of Basketballzheimers to lift his team with 24 points en route to a 120-111 victory. Kawhi Leonard added 25 while the ageless Tim Duncan poured in 15, countering Denver’s six players in double figures. San Antonio has had at least five players score in double figures 39 times this season. And speaking of blocks (see the aforementioned Anthony Davis), Duncan’s three blocks last night pushed him past Patrick Ewing for sixth place overall in career blocks at 2,895; next on the list – former San Antonio legend David Robinson who has 2,954.
COMING UP
March 8th – Chicago Bulls @ San Antonio Spurs   1 p.m. EST   ABC
March 10th – Toronto Raptors @ San Antonio Spurs   830 p.m. EST   Fox Sports Southwest
March 12th – Cleveland Cavaliers @ San Antonio Spurs   930 p.m. EST   TNT