NL East: Mixing it up 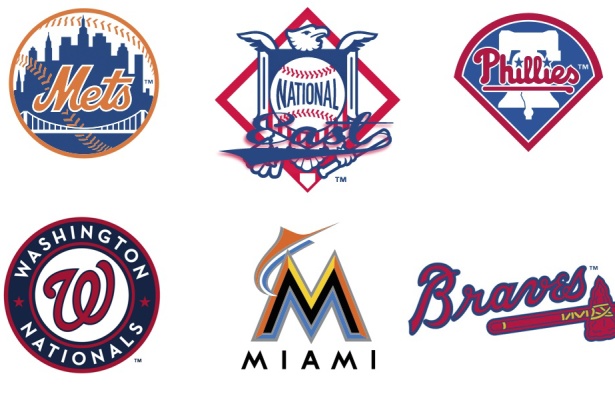 Let’s take a look at the off-season of MLB NL East teams. It has been a busy one, let’s hope that moves made will bring this division back to the top.

The Atlanta Braves were in the headlines again, after a trade that sent Jason Heyward and Jordan Walden to the St. Louis Cardinals for Shelby Miller and Tyrell Jenkins. The Braves, just a couple of days earlier, shipped Tommy La Stella to the Chicago Cubs for Arodys Vizcaino. The Braves know what they are doing when it comes to pitching, and it looks as though they are sticking to what they know.

Atlanta will have a meeting with Jon Lester later this week. Lester, who lives in Georgia, is one of the top pitching free agents on the market. The two teams that appear to be the favorites to land Lester (at the moment) are the Cubs and the Boston Red Sox. The Cubs already missed out on Russell Martin this week, and will make a strong push for Lester. The Red Sox missed out on re-signing Lester last season after he turned down a low 4 year, $70 million extension, and was later traded in July to the Oakland Athletics.

It doesn’t seem as though the Braves are done either. If the team is going to land Lester they will likely need to shed some more payroll. They would like nothing more than to trim some (if not all) of the $46.5 million owed to B.J. Upton, and there has been considerable trade talk about Justin Upton and Evan Gattis as well. Lester and Miller would add to a rotation that already includes young talent such as Julion Teheran, Alex Wood, and Mike Minor, while Brandon Beachy and Kris Medlen are due to return from Tommy John surgery.

The biggest news (and contract) to come out of the NL East was the extension of Giancarlo Stanton to a 13 year, $325 million contract, complete with no-trade and opt-out clauses. Stanton had been involved in trade rumors over the last few seasons.

The Marlins will also try to work out new deals for Adeiny Hechavarria, Christian Yelich, and Jose Fernandez. Jose Fernandez may be the least likely as he is coming off Tommy John surgery and is represented by Scott Boras. Boras is known for steering his clients away from cheap extensions and taking them to free agency.

The Phillies are doing their best to deal Cole Hamels to the Boston Red Sox, but the asking price may be too high. Hamels is due roughly $96 million over the next 4 years with an option on a 5th year (bringing the total to $110 million), and recently put the Red Sox on his no-trade list, meaning that he would probably require them to pick up that 5th year option before he agrees to be traded there. The Red Sox have reportedly turned down multiple offers from the Phillies already for Hamels. In addition to the contract the Phillies are asking for 3 top prospects in return.

Other Phillies that have been rumored to be on their way out include: Ryan Howard, Marlon Byrd, Jonathan Papelbon, and Jimmy Rollins.

The biggest improvement for the Mets this off-season may not be in the form of a player. For the second time since moving to Citi Field the Mets are moving in the fences in the outfield. The Mets previously brought in the left-field fence, and lowered the height of the home run line to eight feet after the 2011 season.

This surely is an attempt to increase the production of David Wright, Curtis Granderson, and the Mets talented young pitching staff. Granderson signed with the Mets last season (4 years, $60 million), and pitcher Jacob deGrom won the NL Rookie of the Year Award this past season.

Jacob deGrom features prominently in a rotation that will see the return of ace Matt Harvey from Tommy John surgery.

The Mets are dangling Bartolo Colon, Jon Neise, and Dillon Gee this winter, but haven’t had very many inquiries. One player that the Mets did snag this year is Michael Cuddyer. Cuddyer signed for 2 years, and $21 million.

The Mets still need to fill a hole at shortstop. The front office can be quite stingy, so it remains to be seen if they will make any big, impact moves.

The Nationals have been the quietest team in the NL East, and rightly so. The Nationals won the division by a full 17 games last season, and led the NL overall with 96 wins.

Look for these players to take full advantage of a market that has just seen the Miami Marlins spend $325 million on a single player.