Star Lotulelei Out For Panthers 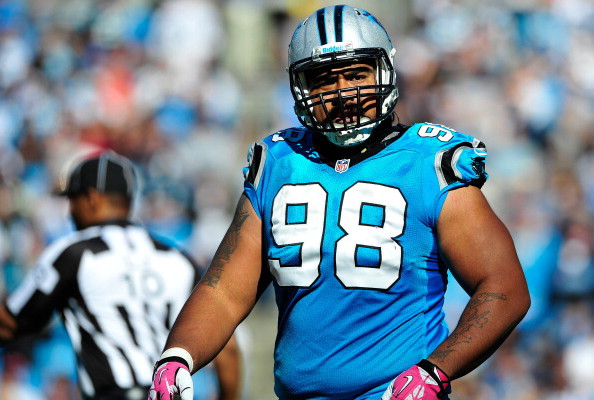 Some unfortunate news coming out of the Carolina Panther’s practice on Tuesday.

Defensive tackle Star Lotulelei has been ruled out for at least the divisional round of the playoffs with a fractured foot, an injury he suffered while practicing with the team on Tuesday. Head coach Ron Rivera informed the media during a conference call on Wednesday, “Star will not play this week. He broke a small bone in his foot and he had surgery this morning to repair it. It’s one of those things that hopefully we get the opportunity to move on [in the playoffs] and if we do, he’ll get to play.”

For any regular human being, this kind of injury would take 6 to 8 weeks to repair properly with immobilization and physical therapy. For Star Lotulelei, Rivera said he will be out at least two weeks, but stated a return for the Super Bowl is possible if the Panthers get that far.

Lotulelei along with fellow defensive tackle Kawaan Short have been a huge part of the Panthers defensive resurgence. While their numbers are not gaudy, these two interior linemen have been key to shutting down running lanes and collapsing the pocket over the last four weeks of play for the Panthers.

The injury could not have come at a worse time for the Panthers. The team will be facing the defending Super Bowl champion Seattle Seahawks on Saturday, who just received word that their pro bowl center, Max Unger, will be returning from injury to help boost Marshawn “Beast Mode” Lynch and the already number one rushing attack in the NFL.

The Panthers have played without Lotulelei this season, who missed some time with an ankle injury in weeks 11 and 13. The Panthers lost both of those games against the Falcons and the Vikings, however their rush defense, in terms of yards allowed, actually improved slightly.

In terms of size, the Panthers will be no worse for wear. The 6’2″, 320 pound Lotulelei will be replaced by a rotation on the defensive line that includes Colin Cole (6’2″, 330lbs) and Kyle Love (6’1″, 315lbs). Coach Rivera also said that rookie defensive end Kony Ealy (6’4″, 275lbs) can swing inside and play some snaps at tackle as well. This will make the trench battle between these two teams even tougher for the Panthers, and in turn will put a lot more pressure on Cam Newton and the offense to put points on the board.

The Panthers and Seahawks play Saturday, January 10th at 8:15pm EST on FOX.

2 thoughts on “Star Lotulelei Out For Panthers”