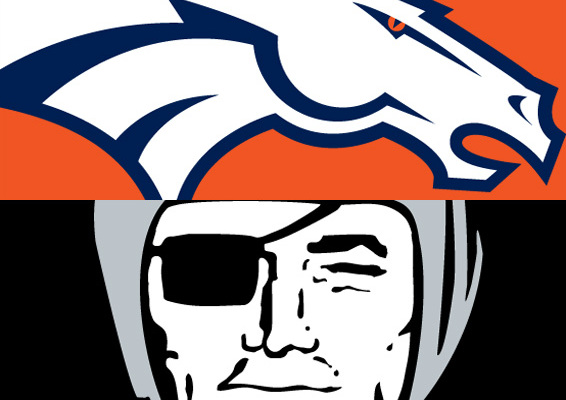 Known as one of the greatest rivalries of all-time, the Denver Broncos and Oakland Raiders will meet for the 109th time in history this Sunday. In past years it has been a battle of two successful teams usually fighting for a playoff spot or even battling in the playoffs but it hasn’t been that way for years and it doesn’t look to change anytime soon. Lets take a look at some of the best moments of the Broncos-Raiders rivalry.

Yes it was tie, but the game was the Broncos first Monday Night football game in history, and the Raiders are actually the team the Broncos have played on Monday night the most. The game was at Mile High Stadium, where quarterback Charley Johnson led the Broncos on a drive late in the fourth quarter to tie the game with a 35-yard field goal from Jim Turner. The tie would help the Broncos get their first ever winning season.

Led by Jay Cutler, the Broncos were up 17-3 at halftime, before the Raiders were able to come back in the second half and even take a 20-17 lead. Kicker Jason Elam tied the game with less then two minutes remaining in the game, which ended up going into overtime. Oakland got the ball first, and at the time the new overtime rules were not in effect. Sebastian Janikowski drilled a 52-yard field goal and the Raiders stormed the field to celebrate the win. But whistles blew all over the place, as Broncos coach Mike Shanahan called a timeout a split second before the ball was snapped, forcing Janikowski to kick the ball again. On the second try, Janikowski hit the upright giving the Broncos the ball, where Elam would later make the game winner. 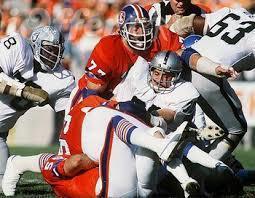 For much of the 60’s and 70’s the Raiders owned the Broncos. Beating them soundly in most of them. But in 1977 the Broncos had a dominant defense nicknamed the “Orange Crush”. The Broncos stubborn defense intercepted Ken Stabler on this day seven times and held them to only 87 yards rushing as the Broncos crushed the Raiders who were the defending Super Bowl Champions.

In 1995, the Denver Broncos hired former Oakland coach Mike Shanahan, who in 1994, was fired midseason by Raiders owner Al Davis. After the Broncos hired him, the Raiders game was circled in red pen. In the first meeting since being fired by Davis, the Broncos beat the Raiders 27-0 behind two John Elway touchdown passes. The rivalry was reborn, as Shanahan was 21-7 against the Raiders in his time as the Broncos head coach.

In what has to be the best win over the Raiders in franchise history, the Broncos beat a Raiders team that for years, had the Broncos number. The Broncos “Orange Crush” defense was too much for the Raiders who had won the Super Bowl the year before. Led by quarterback Craig Morton and head coach Red Miller, the Broncos advanced to their first ever Super Bowl.